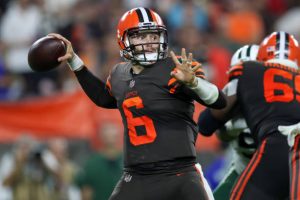 If you’re reading this, then you most likely made it to week 12.

Some of you likely already used up the Jets the first time they played the Dolphins, but you have the next best thing in fading the Jags. Let’s go Browns!